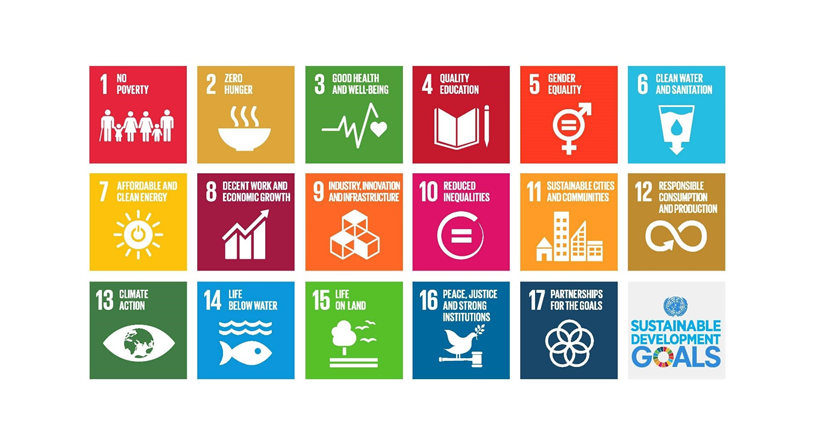 The solar hybridization solution for vehicles LIFE-SAVE is characterized by its marked ecological footprint.

The ecological conversion of vehicles is able to generate positive impacts on many of the 17 Sustainable Development Goals (SDG), as defined in the 2030 Agenda for Sustainable Development defined by the United Nations (UN). SDGs represent a universal call to action to end poverty, protect the planet and ensure that all people enjoy peace and prosperity. 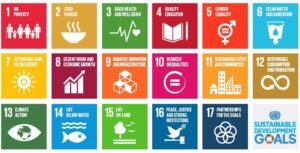 The 17 Goals include climate change, economic inequality, innovation, sustainable consumption, responsible consumption and production, among many others.

The first goal of SDGs is a call to end poverty. The target 1.5 of this goal includes the reinforcement of the resilience of the poor and those in vulnerable situations and reduce their exposure and vulnerability to climate-related extreme events and other economic, social and environmental shocks and disasters by 2030.

The LIFE-SAVE project fits this goal since the value chain connected to the project and the employment impact linked to the creation of a network of installers spread across the EU will help mitigate the effects of new poverty, which has been exacerbated by the pandemic crisis.

The third goal of SDGs is that of ensuring healthy lives and well-being. Target 3.9 prescribes a substantial reduction of the number of deaths and illnesses from the air, water, and soil pollution and contamination.

The LIFE-SAVE project is addressed especially to urban areas and city mobility. The adoption of the kit contributes improving the quality of air in urban areas and reducing the emissions of air pollutants and greenhouse gases. This goal can be achieved quickly thanks to the increased accessibility of the conversion solution and has a positive impact on health and well-being. In addiction, the lower exhaust gases emissions involves the reduction of particulate matter (PM). Recent studies[1] have shown that PM are a transport vehicle for human pathogens, such as SARS-Cov-2.

Clean energy is included in Goal 7 of SDGs. Targets 7.1, 7.2 and 7.3 mention the access to affordable energy services, the increase of the share of renewable energy sources, and of energy efficiency.

The installation of photovoltaic panels on cars increases the share of green energy used for traction. In addition, the use of photovoltaic panels has also the effect of reducing the amount of electricity withdrawn from the power grid for vehicles (plug-in hybrid or electric) batteries recharge. This has a direct impact on power grid contingency and reliability, and contributes to the overall CO2 emissions decrease since it should not be neglect that the majority of electricity in Europe is produced from fossil fuels. The energy surplus collected with photovoltaics can also be poured into the network according to the Plug-In V2G (Vehicle to Grid) protocol or used directly in buildings according to the V2H (Vehicle to Home) protocol.

Economic growth and considerations about work conditions and employment sustainability are topics of Goal 8 which are declined in all of its targets. In particular, targets 8.2, 8.3 and 8.4 fit the objectives of this project.

The creation of a new company at the end of the LIFE-SAVE project, its related activities, and of a network of installers spread throughout the Europe will help mitigate the ongoing employment crisis, amplified by the effects of the pandemic. In addition, the management, improvement, production, installation and maintenance of the final product of the project include the involvement of employees and workers from different work and formation areas. From high-eduction level developers of the kit components and management strategies to production line and technically trained assembly and maintenance workers.

The 9th Goal addresses many sensitive issues on the industrial and innovation sector. Targets 9.2 and 9.5, which concern the promotion of sustainable industrialization and infrastructures and the importance of research, are very centered on the objectives of the LIFE-SAVE project.

The project will allow the creation and further development of new innovative companies, and infrastructure for the conversion and maintenance of cars. Production of the kit components, including the battery assembly, can be done entirely in Europe and the installation and maintenance of the retrofit system will involve the local workers and employees. This allows sustainable industrialization and helps in the creations of jobs in remote areas.

Reduce inequalities within and among countries is a key indicator for the United Nations which led to a Goal in SDGs, the 10th one. Target 10.2 prescribes the social and economical inclusion of all, irrespective of economic status. In addition, targets 10.3 and 10.4 prescribe the ensurement of equal opportunity and the introduction of policies to achieve equality.

The conversion of existing vehicles goes in these directions. In fact, its offers the opportunity to access ecological and environmental-friendly vehicle to the disadvantaged section of the population and to developing countries. Thank to the role of eProInn and as a result of lobbying activity, the Italian Parliament approved an amendment for the introduction in the Italian laws and legislation of the possibility to transform a conventional vehicle into a hybrid one. Since in Italy there are fiscal incentives for citizens who transform their conventional vehicle into an electric one, it can be expected to have the same financial incentive for future hybrid transformations.

Goal 11 is focused on cities and human settlements. Target 11.2 prescribes the acces to safe, affordable, accessible and sustainable transport systems.

Converting a fleet of cars into hybrid-solar vehicles within a “Renewable Energy Community” (REC) offers more opportunities than the benefits for the individual user, such as:

Responsibility and sustainablity of consumption is the United Nations 12th Goal. Target 12.2 prescribes the sustainable and efficient use of natural resources, while target 12.4 includes the environmentally sound management of all wastes throughout their life cycle in order to minimize the impact on human health adn the environment. In addition, target 12.8 prescribes that people have the relevant information and awareness for sustainable development and lifestyle.

The LIFE-SAVE project final product is in line with this goal. In fact it deals with the 3Rs of sustainability (Reduction, Recycling, Reuse) and with the principles of the circular economy. The kit’s infotainment system informs the driver about the savings achieved, thus carrying out the function of raising awareness of efficiency and energy saving.

The 13th Goal is focused on Climate Action. It contains targets intended for policy makers and institutions. They are prescribed to adopt actions to combat climate changes and is impact on people and the environment.

The conversion of cars into hybrid-solar cars can an instrument in the hands of policymakers and institutions. In fact, it would reduce the impact on CO2 generation from an LCA perspective, limiting the production of greenhouse gases. The potential impact is high, given a large number of fleets in circulation.

The 14th Goal regards the conservation of life below water. Targets 14.2 and 14.3 prescribes the protection of marine and coastal ecosystems and the minimization of ocean acidification.

The possibility of converting conventional cars and thus avoiding their scrapping reduces the material disposed in landfills which would risk polluting groundwater, rivers and seas. In addition, the lower emissions of pollutant of hybridized vehicles reduce the pollution of air which has an indirect effect on water pollution and acidification.

The last goal of the United Nations concerns the global partnership for sustainable development. The targets of this goal are very broad and range from finance to technology, from capacity-building to trade and system issues.